Three legged amputee Shepherd Wyatt works hard at the Doggy Olympics in Fort Collins and plays with his Mastiff and Golden Retriever buddies.

Last weeked my pawrents got me up extra early to work at a “Doggie Olympics” in Fort Collins. 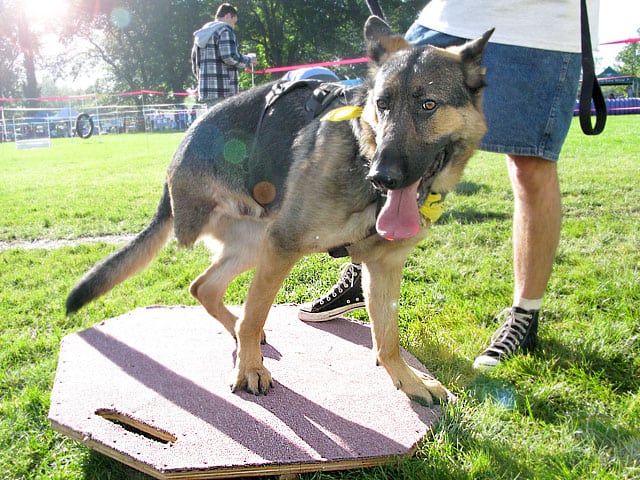 It was a place where dogs competed for things like who could catch a hot dog from the farthest distance. My kinda games!

But I wasn’t there to play, I was there to work! Can you believe that?

We had a table there with all sorts of stuff telling everypawdy how pawesome Tripawds are. Mom and Dad were excited because it was the first big dog event that Tripawds was ever “officially” attending. 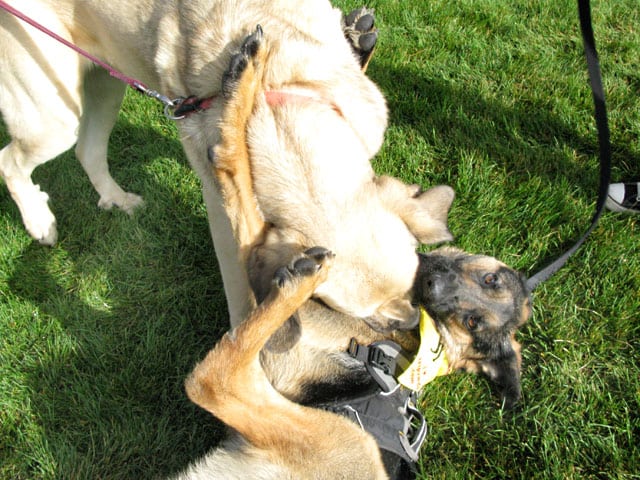 OK, I know I’m the official Tripawds Spokespup, but sheesh don’t I get Sundays off?

I was kinda cranky and barky at first, having to stand on my buja board to show everyone what Tripawds could do.

There I was, working my tail off (which is hard to do since it’s so long it hits the ground!), from out of nowhere,  my jolly giant buddy Titus showed up. 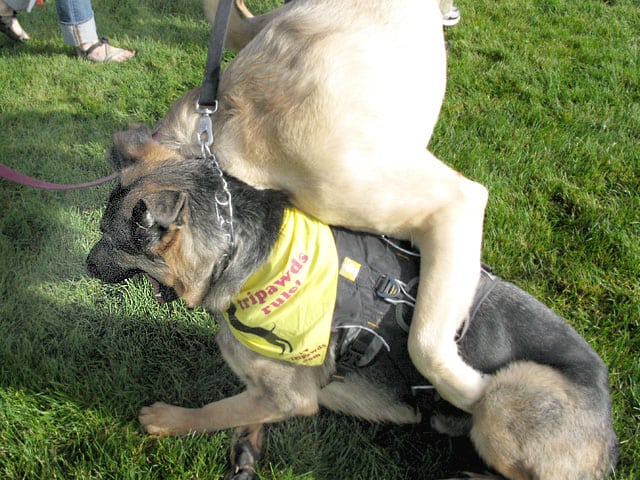 I flew off that buja contrapion and we wrestled real good! Titus is my most absolute favorite buddy in the world.

Nobody plays better than he does!

Can you see how big this boy is? That’s his leg wrapped around me? Don’t worry, he’s not hurting me, he’s actually a decent wrestling buddy who doesn’t play mean, ever.

Then, just when we got all tired out, guess who showed up? 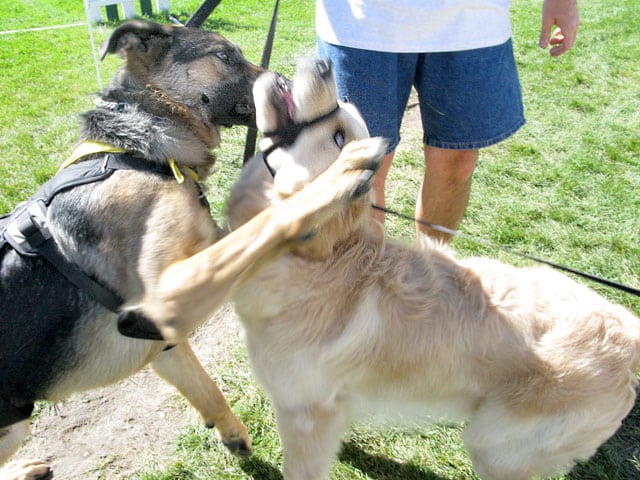 Wouldn’t you know it though, Rhys isn’t the little puppy anymore. No, he’s actually pretty darn big, almost as big as me, and he’s catching up to Dillon real quick.

I know Spirit Tripawd Peyton is looking down on that boy, as amazed as we are that he grew so much in just a few weeks. 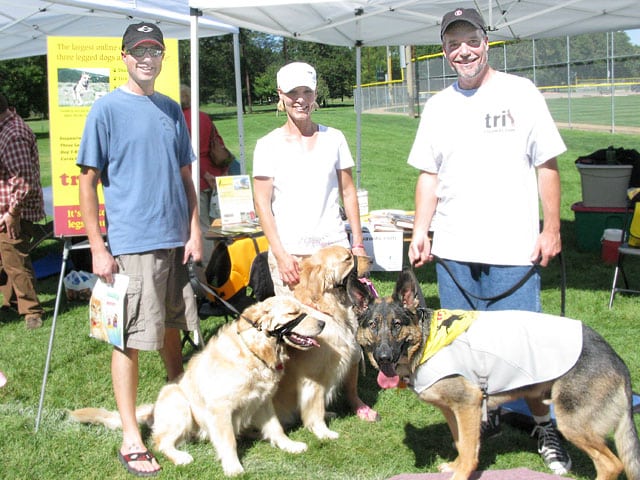 Next time I see Rhys, he might be even bigger than me. Hah! We’ll see who throws who down next time.

Care to place your bet?

5 thoughts on “Who’s Chewing Who?”