Wyatt Ray the three-legged German Shepherd dog has strict orders for humans now that his best pal Austin Rae got his wings. 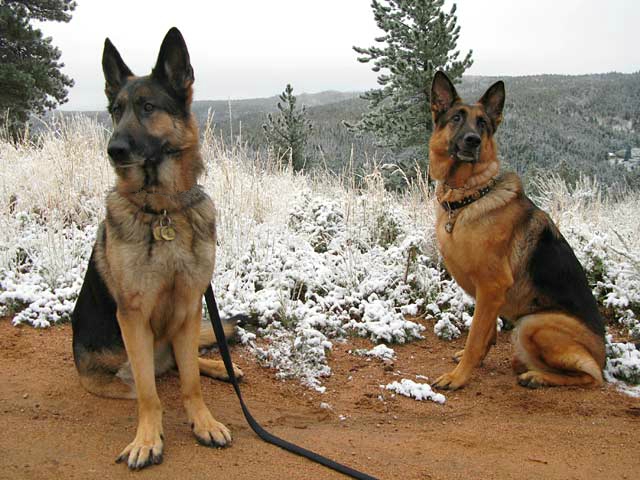 Look guys, I’m not a real softie as you know. After all I am a German Shepherd. But there comes a time when life hurts so much that even tough dogs like me feel sad.

My brother from another mother Austin Ray has gone to the Bridge. He was just one of those dogs who was so nice to everyone he ever met. I admired that about him. He even put up with me and you know that’s saying something.

And in January, our Chief Regulator Codie Rae turned in her badge. Life isn’t quite right ever since. The world is a little quieter with her gone. Ok, a LOT.

If you don’t know, Austin and Codie are part of the Oaktown Pack. They raised me when I was just a dumb young pup, right after I lost my leg. They taught me everything I know about taking charge and regulating you humans. And now they’re gone.

We sure had some times. Our people got together every now and then, even though we live far apart. They weren’t the only ones having a good time!

Get this: try to picture four three-legged German Shepherds and one four pawed recreation leader, Smokey B, raising hell and having a ball! Yeah you know it was a par-tay.

I know that nopawdy lives furever. Not even the world’s greatest three legged German Shepherd dogs.  It ain’t right, but that’s the way it is. We just don’t get enough time on this planet to establish order and do our jobs. Oh and have fun, that’s important too.

The humans always say life is short. Well duh I say, we animals have been telling you that all along. So here’s another reminder. Get out today and go play with your Tripawd. Your quadpawd too! Then give your human pack extra slobbery kisses and tell them how much you love them. Someday when I am just a memory too, you’ll smile and go “Remember how much fun I had when I did what Wyatt Ray told me to do?”

See what happens when four, three-legged German Shepherds and one four-legged honorary Tripawd get together for the last ever Original Oaktown Pack play date. 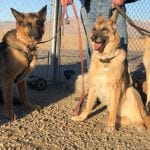 Dog friends come, and dog friends go. Especially in my life, cause I’m a travelin dawg as you may know.

But my homeboys the Oaktown Pack are with me through thick n thin, even when we are far away from each other. They showed me how to be a Tripawd long ago when I came home from the hospital. I had no pack to call my own, they took me in like their brutha from another mutha. 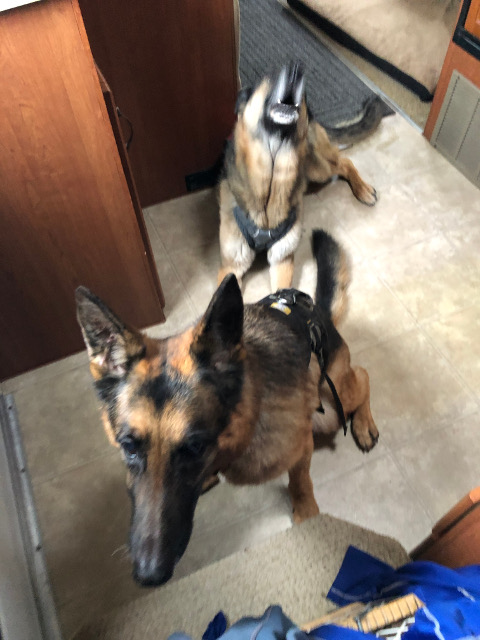 So back in January when Smokey B (rest in peace my angel friend), Austin Ray, Travis Ray and the one and only Codie Rae showed up at my doorstep to kick off the new year, I almost lost my mind. I could not believe they drove for hours and hours just to see ME! And when they did, this is what went down.

It was the last time all five us us would ever be together as the original OP. I’m so glad we got together. Thank you Martha and Ralph. I will never furget those good times.

See you at the Bridge, Smokey B. You are furever missed. 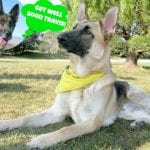 Hey people! It’s been a long time and I got all kinds of news for ya. Time to sit back and chill so you can catch up.

First, my best bud Tripawd Travis Ray is having a big surgery this week. So let’s all give him a big GET WELL shout out together OK?

It’s a serious surgery but I’ll let his momma tell you more. Maybe she will even update Travis’ blog!

And now onto other news:

The Beach Boy is Back

I’m back in Jerry’s old romping grounds, NorCal. Dang what a good time so far. Me and my peeps met up with a few pals from the NorCal Tripawds crew.  You know, Shelby the Petite Princess and her bro Dusty Dude, Ellie the Tripug-Mutt my dear bride Hannah Rae and her sister and brother. They had a special play day just for ME!

Then I got to go back to the beach. Wheee! Sand is so soft and fun. But I forgot that sand isn’t like the snow I love to eat so much. When you eat sand, it gets, uh, stuck in your belleh. Not fun.

Can you tell I love the beach? It’s hard work running on three legs in the sand. I ain’t afraid of hard work, but my people are paranoid so they don’t let me play in it that long. I could go all day.

We walked around and I saw this sign. It’s so sad they won’t let Golden Retrievers on the beach, don’t you think? I wonder why.

I love the waves. I think I want to be a life guard. Since I’m in Cali right now, why not? Stay tuned for my Baywatch Adventures. 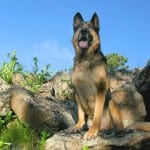 Today I went on a drive with my two favorite peeps in the world (other than my people Jim and Rene, of course!). That’s Ralph and Martha, leaders of the Oaktown Pack.

You know, the ones with the three awesome German Shepherd Tripawds! They were the ones who fostered me until I got to be the Tripawds Spokesdawg.

I get to chill with the OP for the weekend ‘cuz my people are going to a dumb wedding and no dogs are allowed. What’s up with that I say?

But that’s cool, I’d rather be hangin’ with my kind, wouldn’t you?

Hope you have a good weekend!

Tripawds spokesdog Wyatt Ray gives thanks for the great people, dogs and cats of this community.

Your faithful Tripawds Spokesdawg is in da house (finally!) and I’m here to bark to the world:

ME AND MY PEEPS ARE THANKFUL FOR YOUUUUU

AND EVERYPAWDY IN THIS COOL TRIPAWDS COMMUNITY!!! 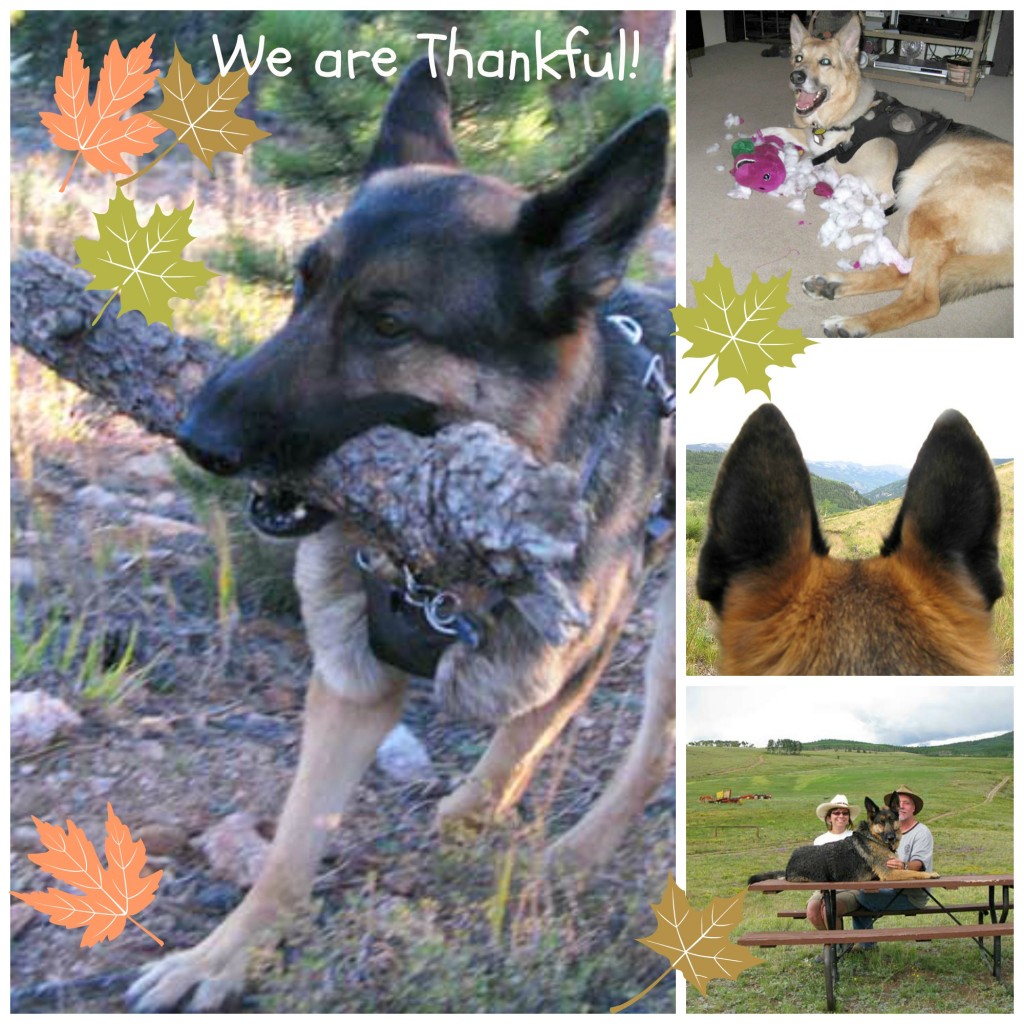 You all know how to make everyone feel welcomed, and respected and you wrap your arms around people when they feel down. Man, what more can a Tripawd and their pack ask for?!

Thank you everyone for all you do for Tripawds like me. You make this world a very kewl place. 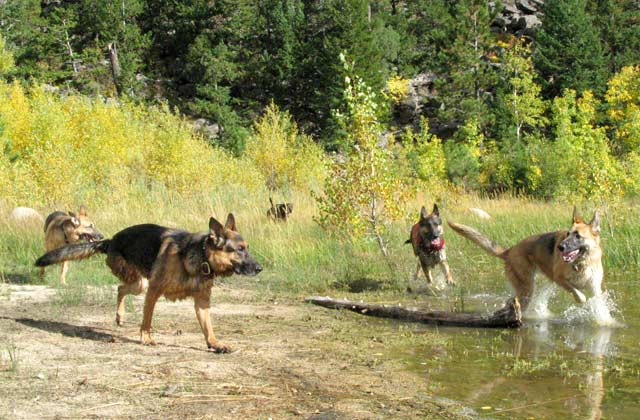