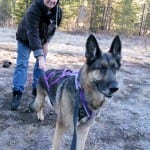 I’m a team player, oh yes I am 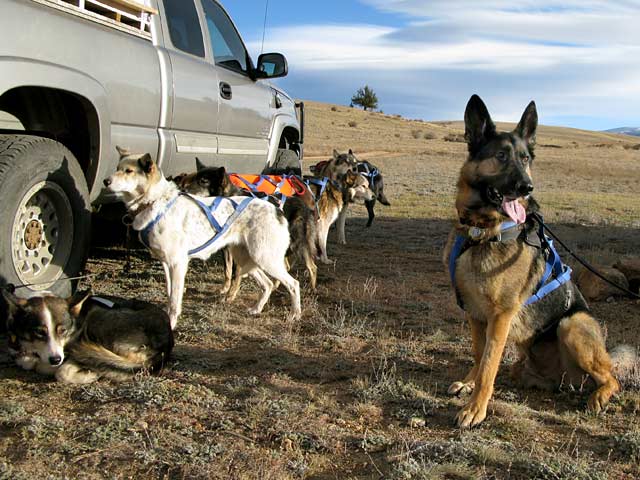 Just like Spirit Jerry, I got to hang with Spirit Calpurnia‘s Pack,
The Odaroloc Sled Dog Team, before I left Colorado
and they went up to Alaska for winter. 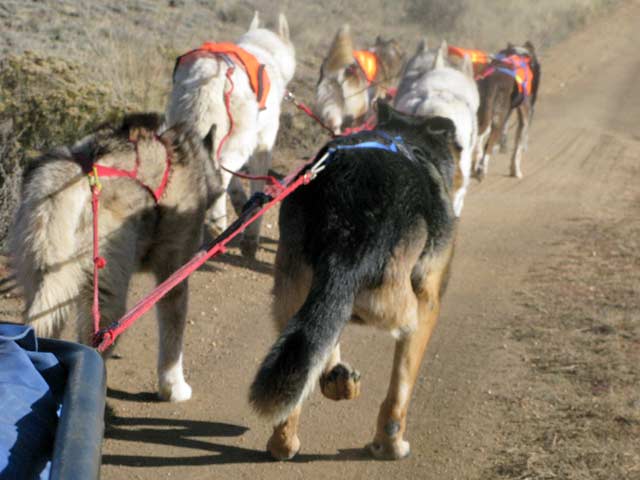 And for one awesome training run, I got to be a Sled Dawg! 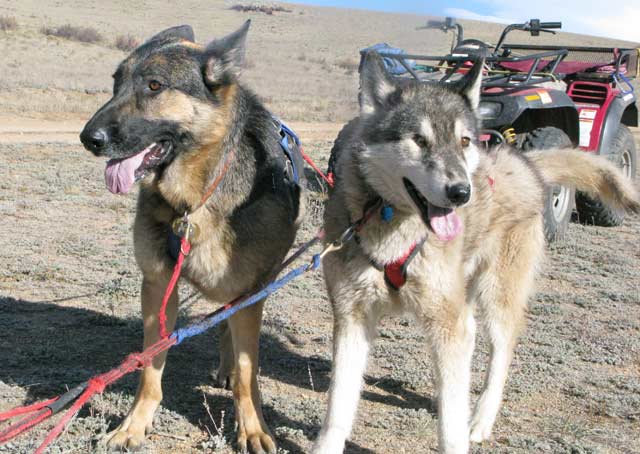 Who says Tripawds can’t do it all? Man that was fun!
Best day ever! 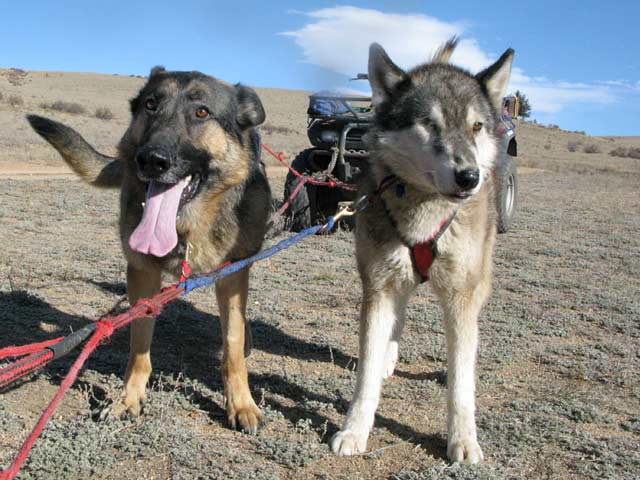 P.S. Don’t get all freaked out; I was on Spirit Calpurnia’s Special Dawg team
of uh, mature, and more, uh challenged doggies so we
went very slow and only ran for a few minutes.

and nopawdy yelled “MUSH!” either!

It’s a big deal kind of weekend. There are lots of people showing up in doghouses on wheels even though it’s cold and snowy.

Mom says “Oh my DOG they must be freezing!” 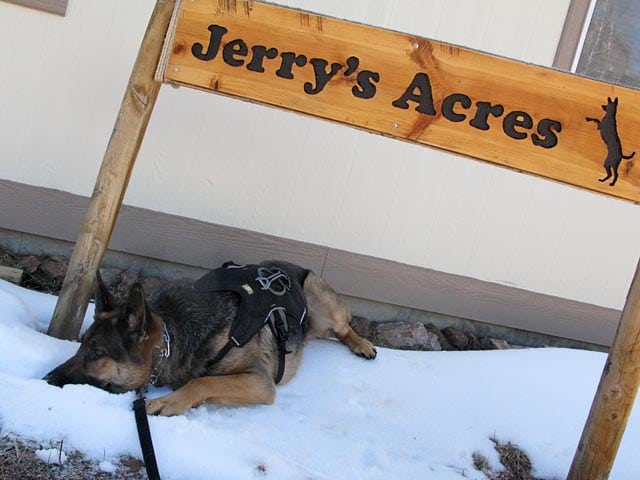 I’m not sure why she thinks it’s so bad. I’m having a great time!

There should be snow all year long here in Colorado, don’t you think?

It makes everything smell so good. 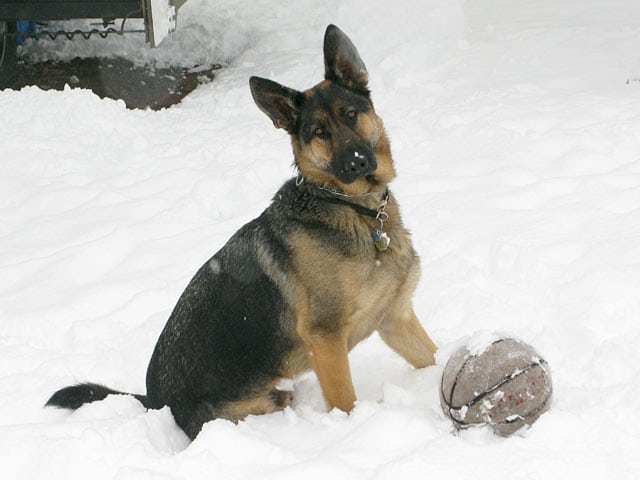 Come up and play snowball with me!

So much for my big Hollywood debut this weekend.  There’s a lot of rain falling from the sky, and all the humans here think it won’t be any fun to pawty in the mud and rain so they cancelled my L.A. pawty!

Wassup with that? Did anyone ask me what I thought? I’ll bet if Bernie Bin Laden was here he would set them straight!

Well whatever. At least we had a good time back in Northern Cali with all my friends.  Good times, man, good times.
The Oaktown Pack 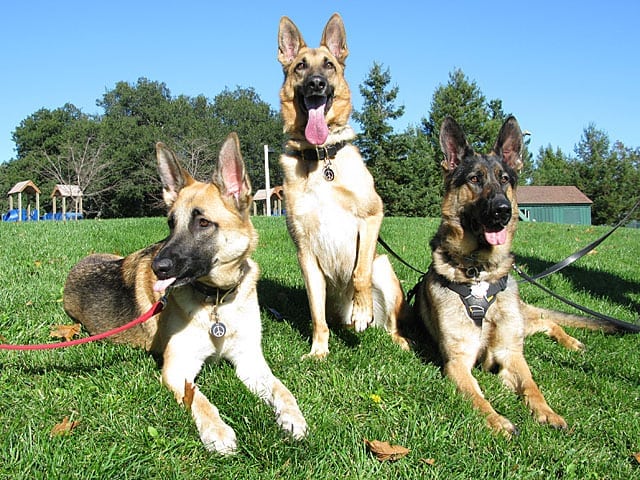 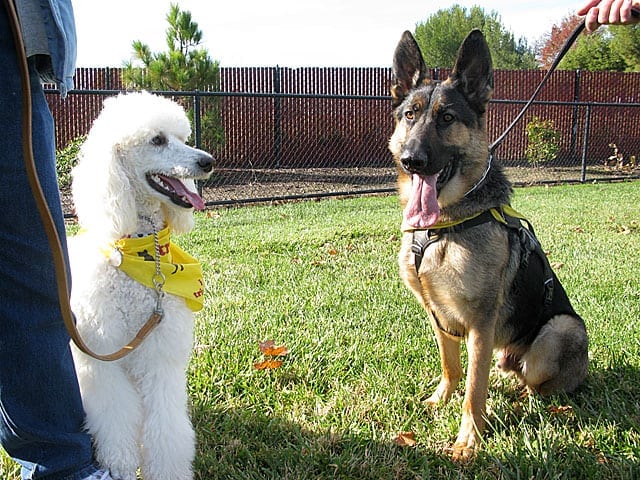 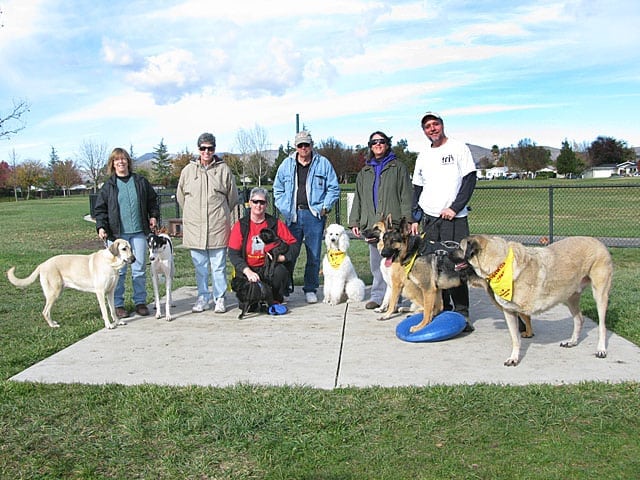 And Ohhhh, my bestest girl (well, after you, Codie Rae), Hurricane Rosie. She drove me crrrrrrrraaaaaazy in that French lingerie! 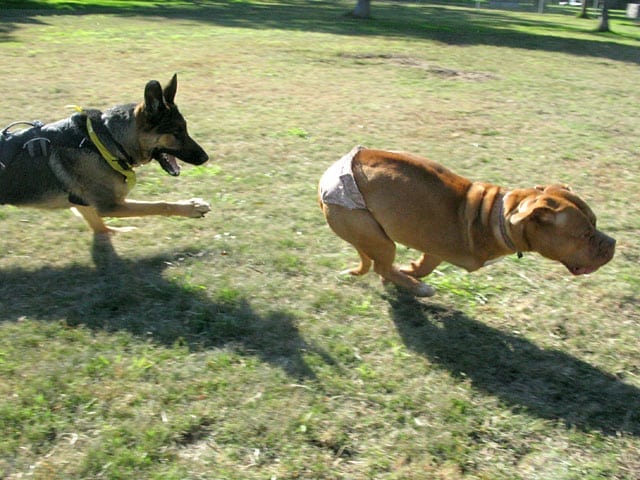 Guess I’ll just keep dreaming of the day when I can run around with my Tripawd pals again. 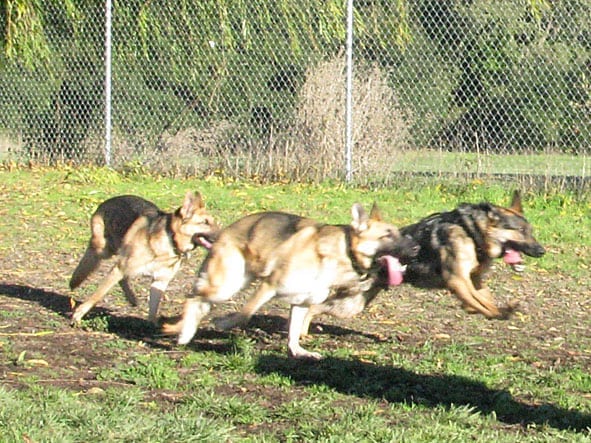 Ever since I got to Colorado with my new pack, we’ve been inseperable. In fact, there’s probably only been one time when we were apart more than two hours! 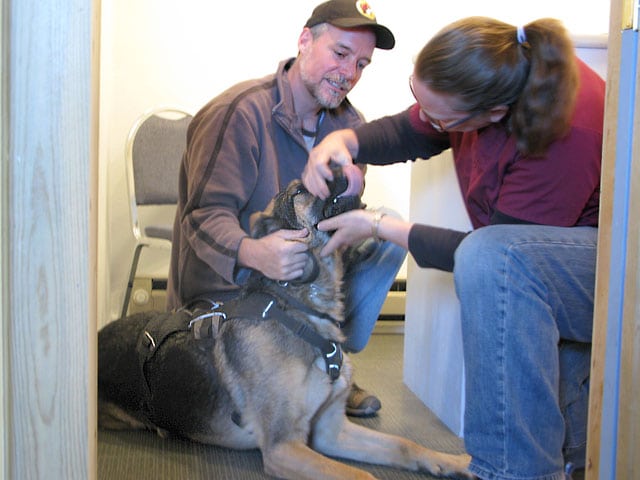 Finally, my pawrents gave me some real alone time, but not at home. . . at a doggy day care!

They went to some all-day bike ride thing, and since they don’t have a trailer for me (yet!), I couldn’t come along.

What’s up with that? I thought dogs were welcome everywhere in town? Mom and Dad didn’t want to leave me at home because we live an hour from anywhere, so it was off to the babysitter for me.

I was not pleased. I mean, I am waaaaay too big for that kind of thing.

Before I could go to the sitter, Mom and Dad took me to the vet for a squirt of water up my nose and a checkup. NOT cool. 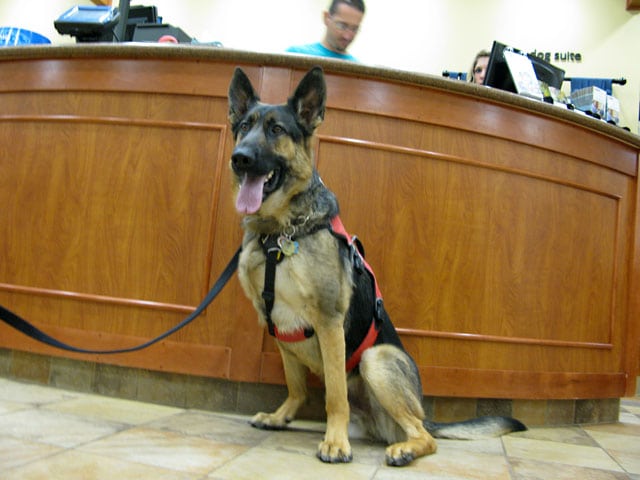 I thought this babysitting thing was going to suck, but guess what? I had a blast! The sitter was a big place where I got to hang out in a comfy room of my very own (no kennels for big dawgs!), and crash a big dawg pawty too.

I was there for eight whole hours. Mom says she was nervous and kept wondering if I would try to eat a Shitzhu again or hurt myself.

When my humans finally picked me up that night, I showed them that no amount of time at a pet hotel could wear me out, no way.

I left the place barking my head off, doing my best Arnold impawsonation, shouting