Wyatt Ray shows off his people skills as a Tripawd working dog at the 2019 Wild West Veterinary Conference in Reno, Nevada. 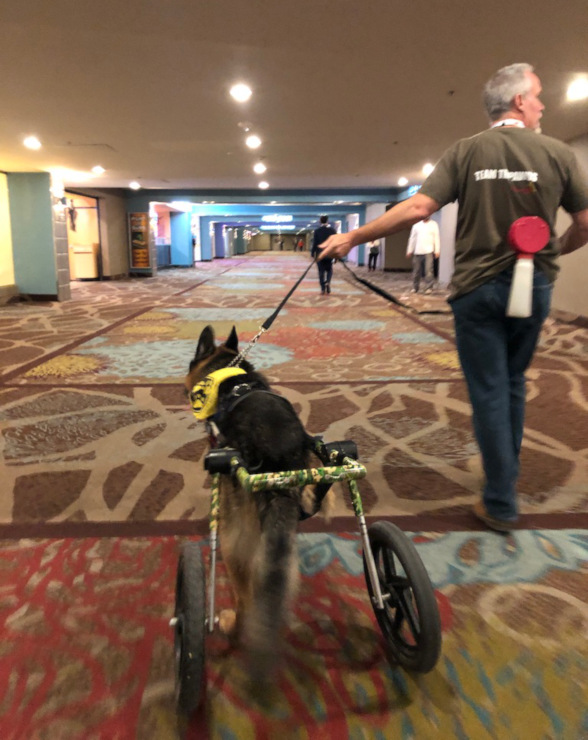 Wyatt Ray Dawg here. Did you furget about me? I don’t blame you if you did. My people have been too busy to let you know how I’m doing. Now that I think about it, I’ve also been too busy being a Tripawd working dog.

A couple of weeks ago my people and me went to Reno, Nevada. That’s right, bright lights, big city. We went to the Wild West Veterinary Conference to help get the word out about the Tripawds Nation.

I thought I was just going to chill out for a few days while my people walked the conference and handed out information but nope. One day they said “Wyatt, you’re coming with us!”

Guess they wanted me to earn my keep that day. You can definitely say that I worked my tail off, and then some!

Sheesh. When my people said they wanted a working dog, I didn’t think they meant go to hang out with dogtors and be nice to them all day. Now that’s work for a dawg like me!

A Tripawd working dog needs his couch after a long day on the ranch, but his dad had other plans. 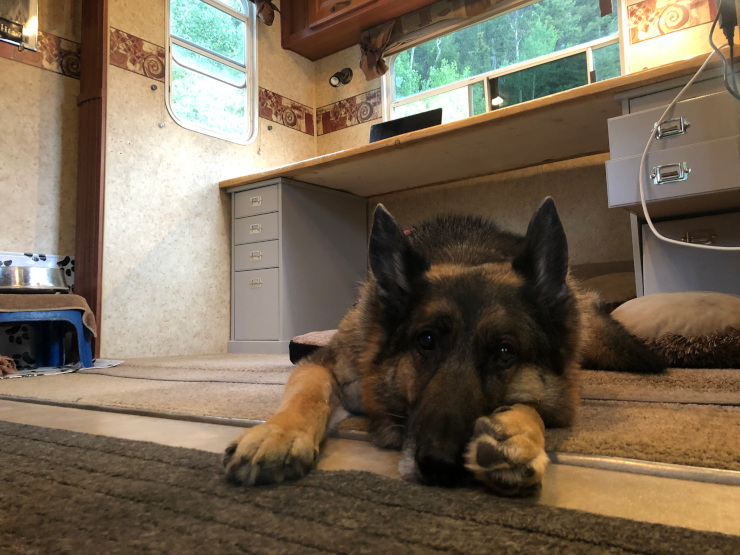 I don’t know why humans do the things they do. Take for example, my Dad’s latest project: building a desk for himself.

Before we got to the ranch for summer, me and him used to sit on my couch during the day. I was hoppy to share it. He would bang on his computer machine, and I would snooze. Or, when my friend Austin visited, we took over my couch and Dad got to sit at the kitchen table.

But every day Dad would say “Ouch” “Ugh” “Grr” when he would stand up after working all day. Mom said “It’s your back. You need a real desk for work.”

Then after one back ache too many, Dad got mad at the couch desk. So he tore it out. And then I knew we were in trouble.

It didn’t take him very long to build his desk. And everyone thinks it’s great. But I sure don’t. No more couch for me.

That’s OK though. A Tripawd working dog like me has plenty of other things to do around here. Like help Dad at his other job on the ranch.

Or just watch the office with mom.

That’s my life as a Tripawd working dog. But it’s not all work and no play. Wanna see what else I’ve been up to this summer on the ranch? I knew you did! 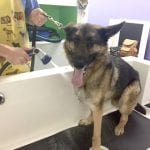 It ain’t easy being the Tripawds Spokesdog. On Friday my folks thought that it would be good to celebrate Tri Day by giving me a bath! What the …?

Oh wait. I know why they did it. Because they want me all spiffy for the Western Veterinary Conference we’re doing this week in Lost Vegas. Yeah I get to be a dancin’ poodle all week, struttin’ my stuff and showing vets what Tripawds can do.

Being a spokesdog at a conference is hard. The place where we stay has nowhere for a dog to have fun. Show days are long too, but the vets make it easy. After all, who better to come up and pet me all day long than humans who totally GET dogs like me? They’re my kinda peeps.

If you’re in Las Vegas between March 5 and 9th, come see me at WVC! 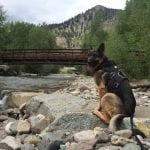 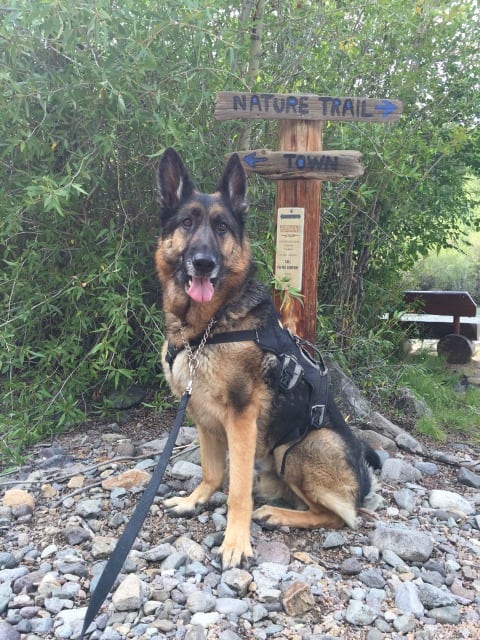 A day in the life of me, Wyatt Ray Dawg. 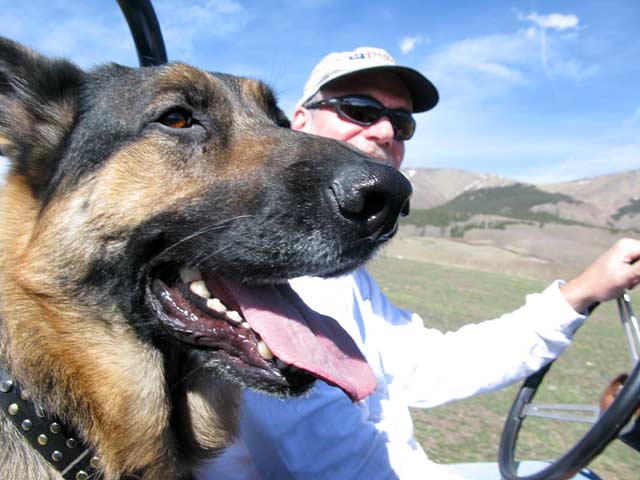 Now that my pawrents are working long days at the ranch in Colorado, I get to hang out in my crib and keep an eye out for bears, deer, elk and those pesky rabbits. Sometimes they try to come around but usually they’re smart enough not to. I sleep a lot when I’m alone.

Other days I get to go ride around with Dad when he makes the rounds on the property in a jeep. He says there are 2,000 acres here, which I guess is a lot cause sometimes it takes us a long time to check it out.

Mom works in the office. There’s a lot of activity to regulate there and I get too tired trying to keep things under control, so I don’t go there much.

When it gets warmer I’ll get to go swimming in all of the ponds when Mom and Dad get off work. I can’t wait to swim again.