The German Shepherds play. Or at least I will, all by myself! 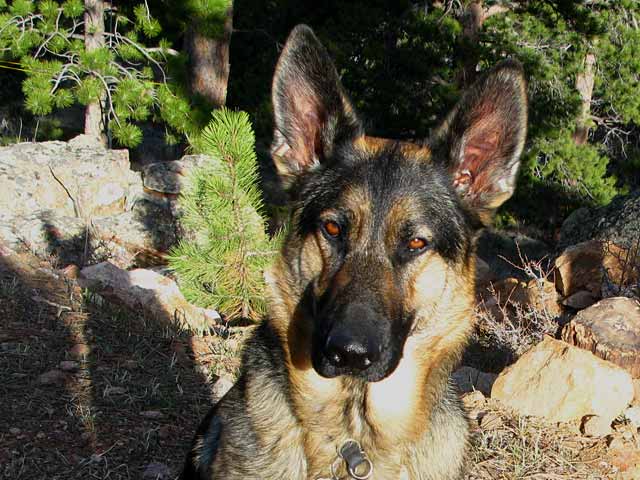 Today Mom and Dad left me all alone in the house, without locking me in the big ugly cage! Can you believe it? First time EVER, for that long.

They’ve been messing with my head lately, leaving me all alone in the house for a few  minutes each time, but today was the real deal.

When they left this morning, I heard Mom say she “thinks” they can trust me alone for a couple of hours. I don’t know why she was so worried!

They were gone all morning and when they came back at lunch, there I was waiting for them, being my usual charming self.

I didn’t eat anything I shouldn’t have, chew on anypawdy’s shoes or scratch at the door. All I did was dance on the couch for a little bit, which tired me out so I slept. When I woke up, I heard them in the driveway.

No more crate? No way!

Hah! None of you got the answer to my contest right. But none of you got it wrong either.  Even those smarty pants Colorado State Vets didn’t know. 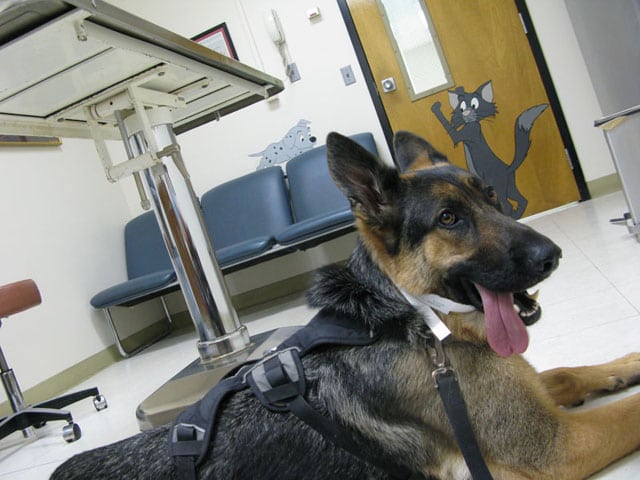 They poked and prodded and sliced, and . . . uh oh. Nothing came out. Nothing smelly or icky or runny or anything good like that.

Finally the vets came out and said “So, it could be this, or it could be that, but it doesn’t look like cancer. But we need to ‘go in’ and see.”

Before I knew it, Mom was giving me big hugs and then the nice lady vet walked me down the hall away from Mom and Dad. And that was that. So here I sit in a cold steel kennel, waiting . . . . (I’m sending this to my Mom psychically, you know?).

Tomorrow,  Dr. Feelgood is gonna zonk me out and when I wake up, we’ll know what to call that creature in my leg.

Down the rabbit hole I go.

I’m finally recovered from the wild and crazy pawty at my crib last weekend. Whew! Who knew that keeping up with a nine year old Tripawd and his girldog bodyguard would be so much work? 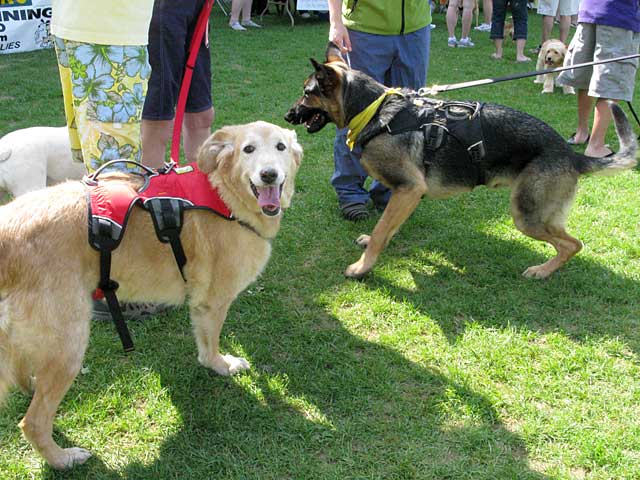 Dakota and Evelyn came to see me doing my working dawg impawsonation.

I had to demo my Fit Paws skills at some big event in town. 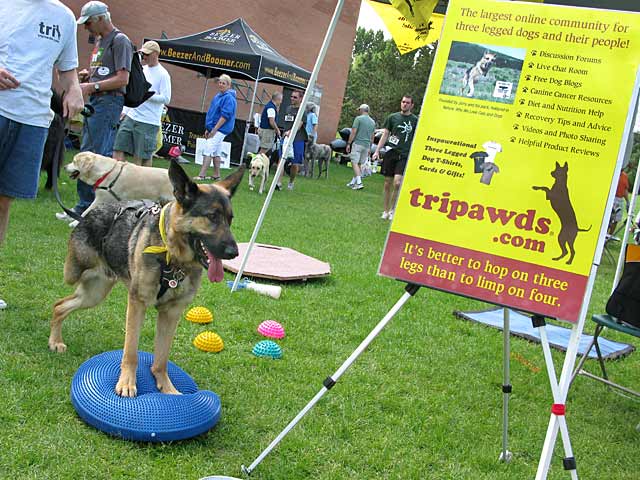 My fans kept rushing the stage, I had to keep them away. 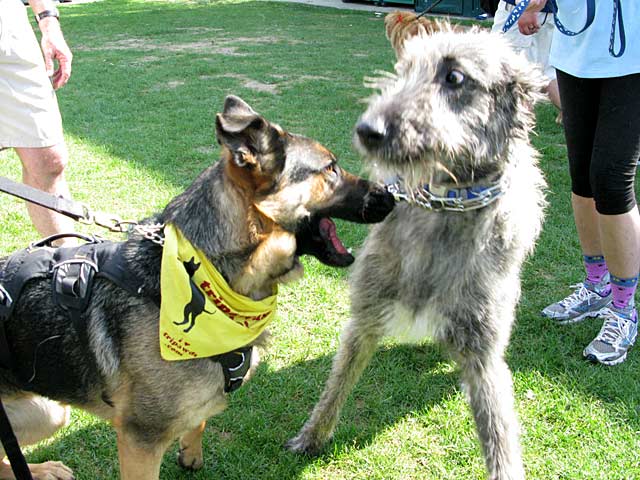 It got so bad that I had to call in my crew to keep them back! 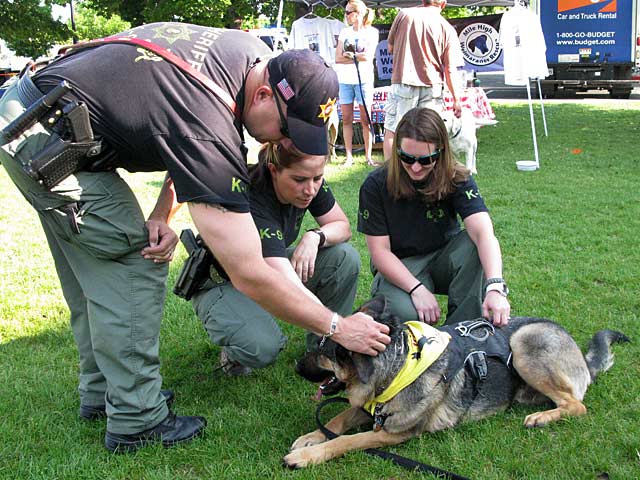 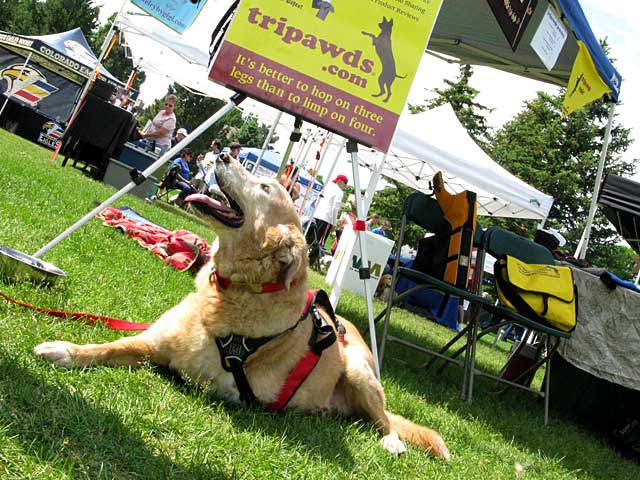 and Evelyn was looking for something to eat . . . 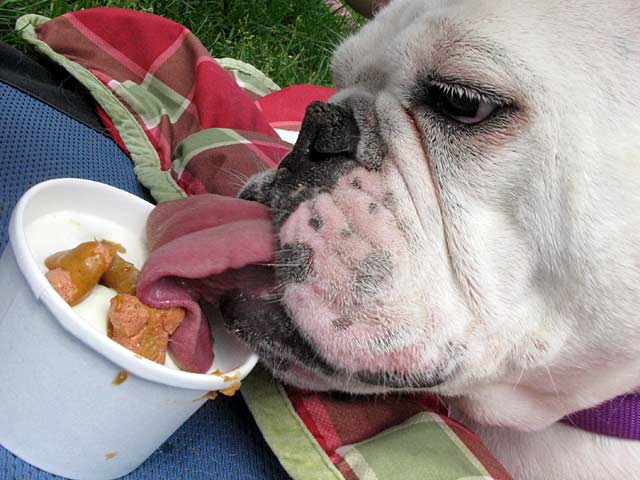 I got so excited! 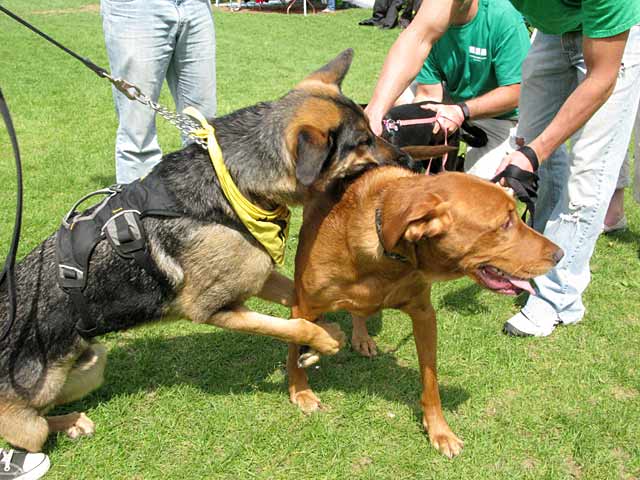 Someone yelled “WYATT!” and they weren’t yelling at me! Another Tripawd with MY name showed up!

I dunno though, he wasn’t too cool with my antics. What up dude, how come you aren’t digging my barking? 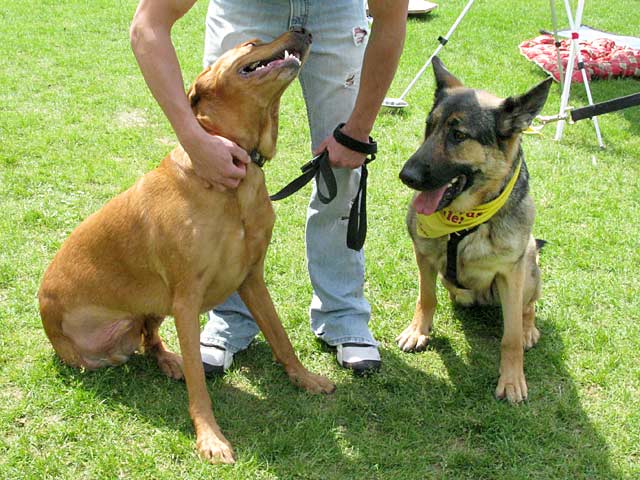 After that long day in the pawk, we took Dakota and Evelyn back to my crib in the woods.

I’m not sure if they were too hoppy about it. Evelyn tried to kill me a few times.  No really, she did. I’m just glad that Dakota’s Mom and human brother didn’t seem to mind my doghouse rules. 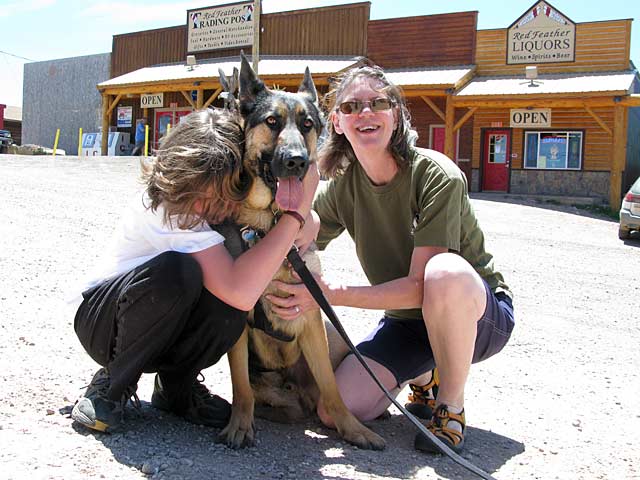 Thanks for coming by Shari and Aidan! I love you!

And as for you Dakota, well, I owe ya buddy. You’re really cool.

Your sister though….she kinda freaks me out. 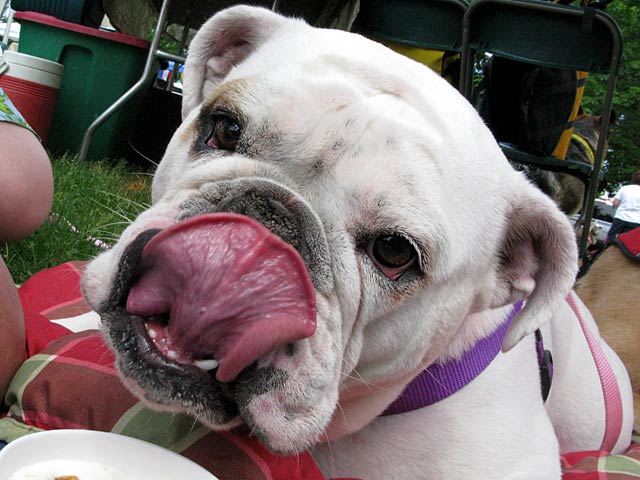 Wyatt will watch out for those left behind during the Apawcalypse.

I hear the humans will be saved tomorrow, well at least the good ones, while the rest will be left to burn on earth during some sort of apawcalyptic madness. 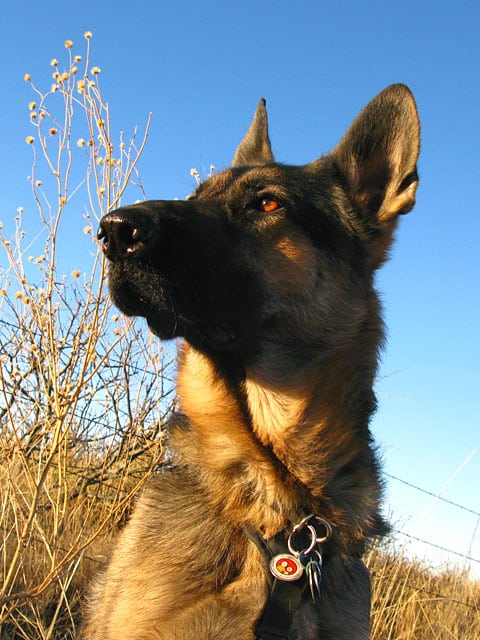 For those of you destined to enjoy this rapture, congratulations!

Please consider planning for the care of your pets once you’re gone. Apparently pets will be left behind. Then consider giving to Tripawds before you go. You won’t need the cash, Admission is free for chosen ones.

For the rest of you, we got your back! Me and my pack will be in the chat room tomorrow providing updates about the end of days from Tripawds HQ.

Drop by to let us know how it’s going in your hood. Maybe once all those saved souls are gone, we can go raid their treat jars.

Be sure to post in the forums with what you’ll be doing to celebrate this Apawcalypse. And let us know if you’ll be leaving this earth, so we can go let the dawgs out. 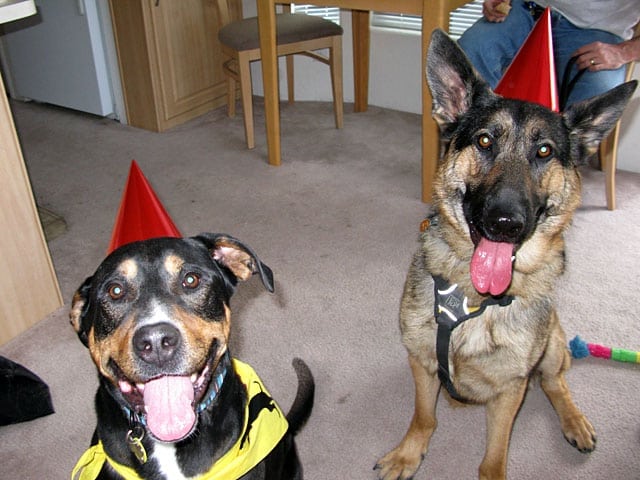 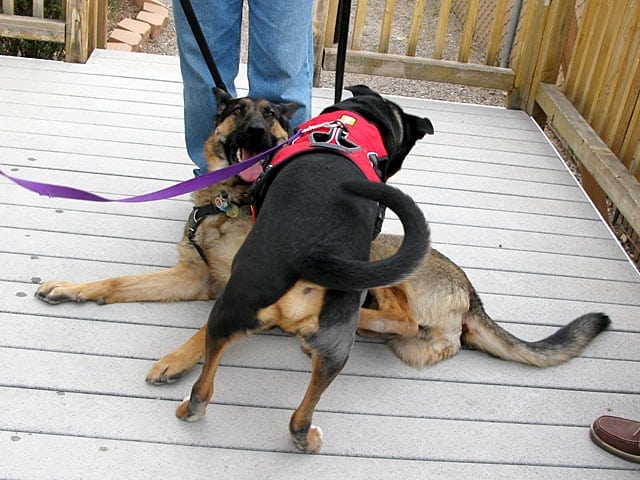 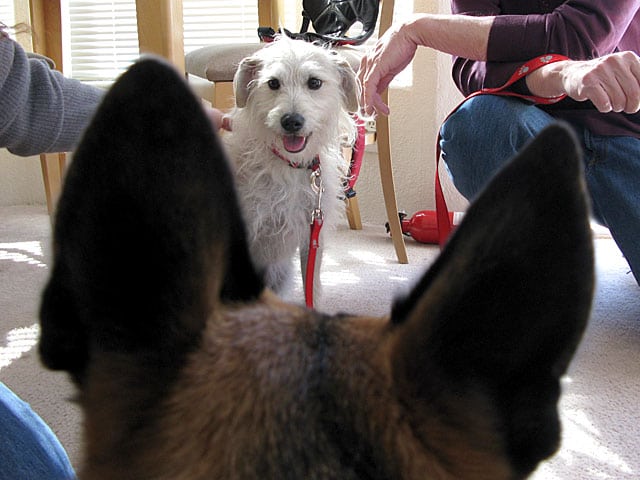 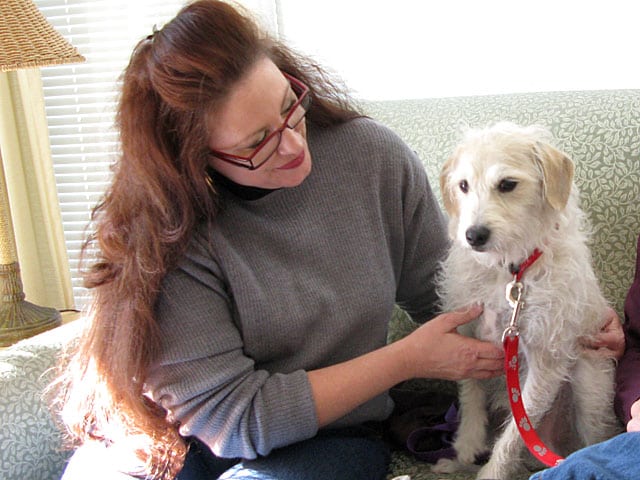 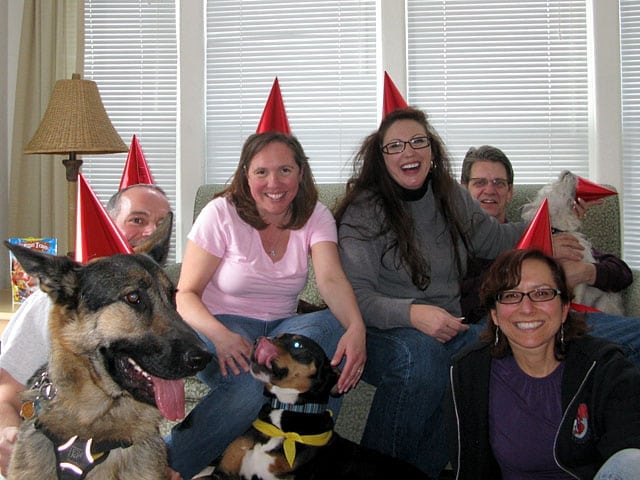