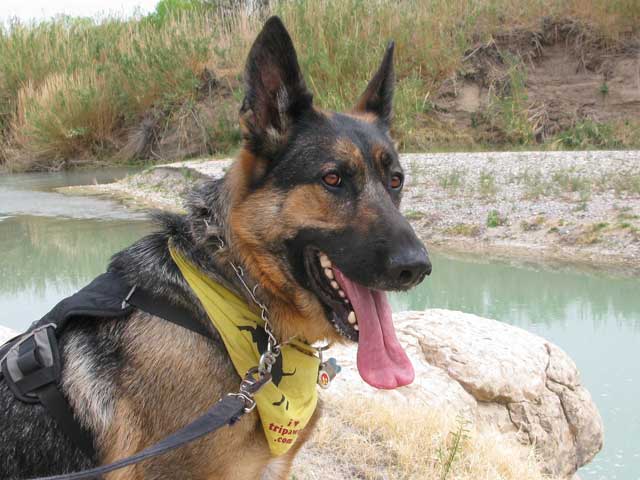 Eight hours going across boring Kansas with nothing to do but take a potty break in this one horse town.

Where’s a tornado or some real action when you need it? 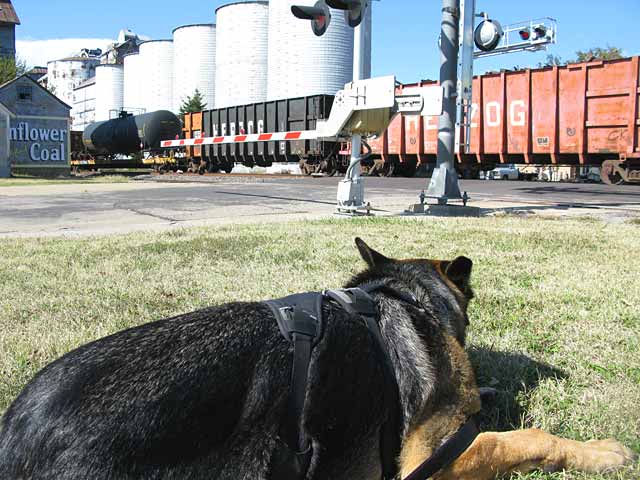 Aggggh! What the heck is that?

Duuuuuude. I’ve never seen one of those things before!
Aggggh! Get me outta here!

Just another day in the life of an Oaktown dawg in the country.

Well it’s about that time of year again and maybe now I can say I’m a road dawg veteran. This is my third year of winter roadtripping with the humans. 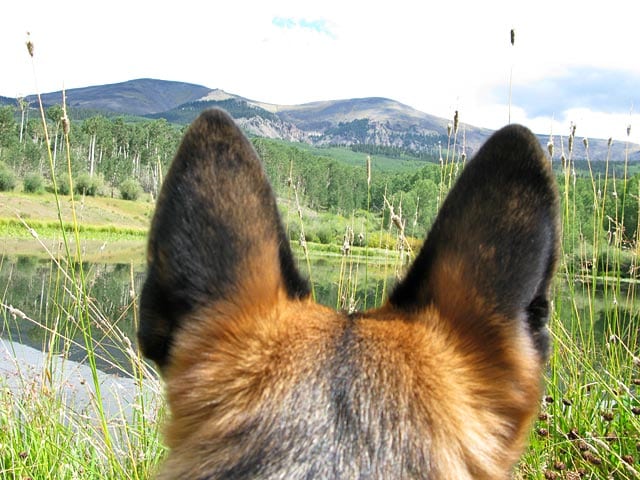 Summer, you were pretty good to me while I explored Colorado where the humans worked. What more could a dawg ask for? 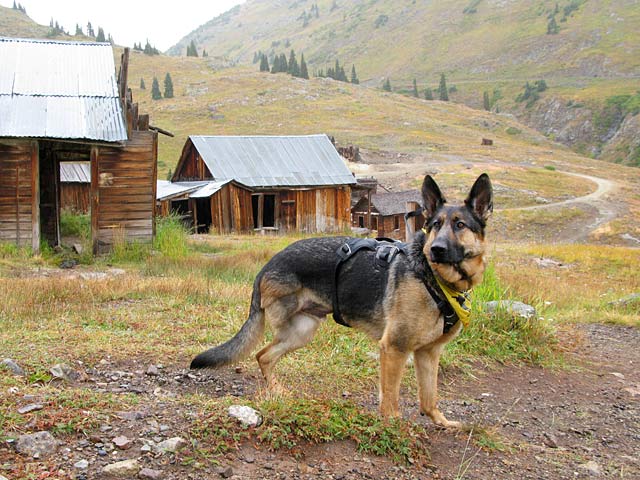 But now that Old Man Winter has arrived, it’s time for me to check out of those icy cold Rocky Mountains and go south with the snowbirds. 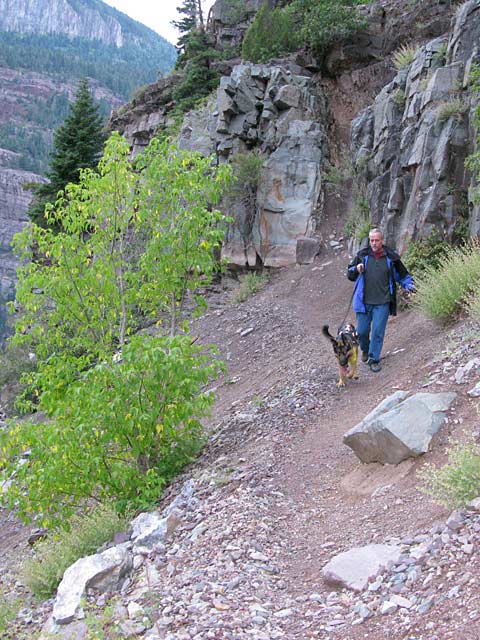 Come on Dad, hurry up! 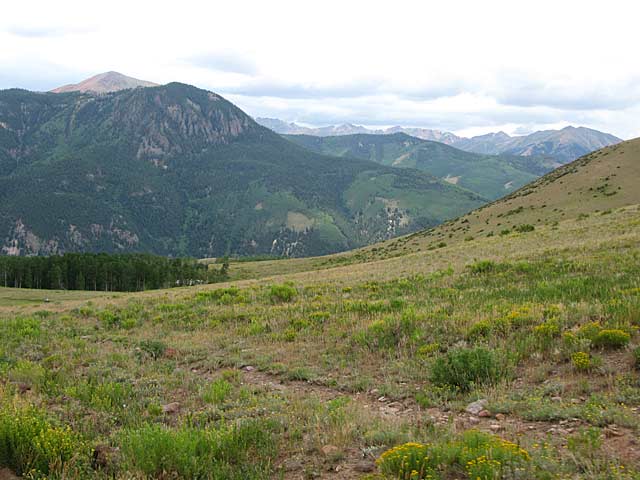 There I was, chilling after my big surgery and milkin’ it for all it was worth, when Mom and Dad start packing up the doghouse on wheels and away we go to Cowboy Country. 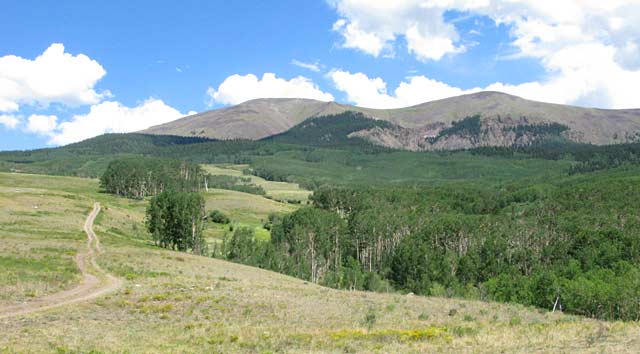 They tried bringin’ me here when I was a punk kid, but I went CRAAAAAAZY so we left after just a week or so.

Now that I’m older and wiser….ok, older, they thought they could try it again. So Dad’s talkin’ like he’s gonna go play farmer or something and I’m LMAO going “Uh huh, sure Dad, you’re going to trade in that laptop for a tractor eh? Riiiiiiight.” 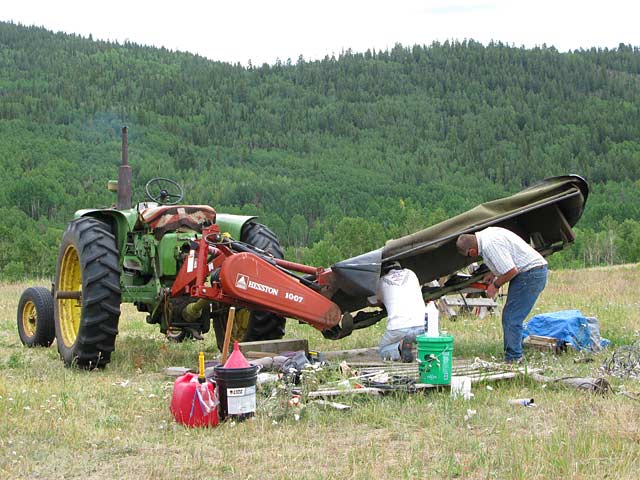 But look, he wasn’t joking! Yep, that’s him on the left, working on the big hay machine, instead of banging away on that keyboard. 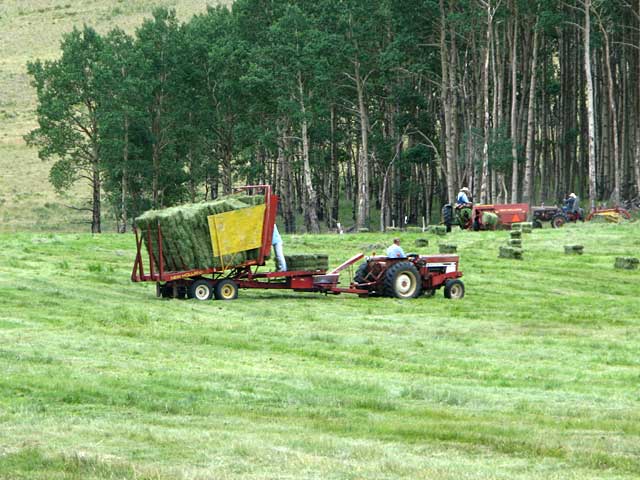 He’s all beat up and his neck is sun burned. I think they call that a RED neck, don’t they? Hah! But that’s why you ain’t seeing him much around lately. 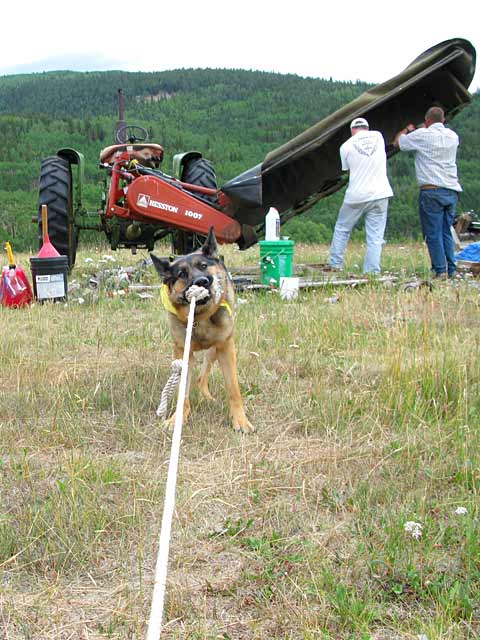 Me, I’m diggin’ it here being a ranch dawg and chillin with my peeps, a pack of wild Shelties and lots of freaky critters like fish and deer and I hear there’s elk too but I ain’t never seen them. 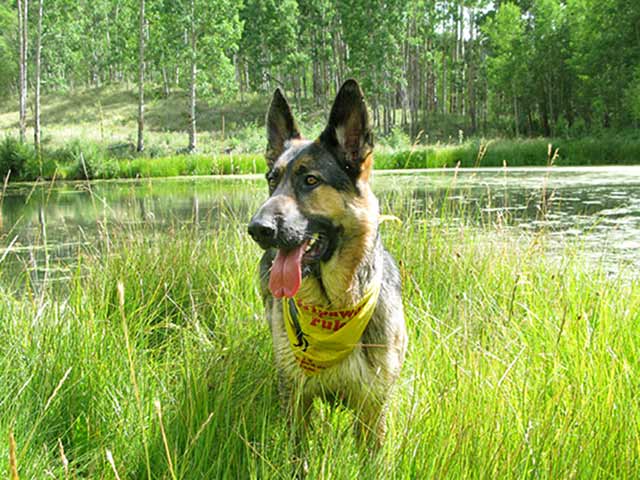 Mom is also working hard but since she’s taking pictures she’s never in them. Trust me though, she’s kickin’ butt doing a lot of gardening stuff here.

I heard them talking about coming back for like all summer next year. I like this ranching thing. A few more weeks of this and I’m going to be running that tractor myself!

I’m not trying to make you jealous or anything. But since this blog is all about my adventures, I am obliged to report that this month I am sitting in the Arizona sun, lounging and stalking anything that  moves. 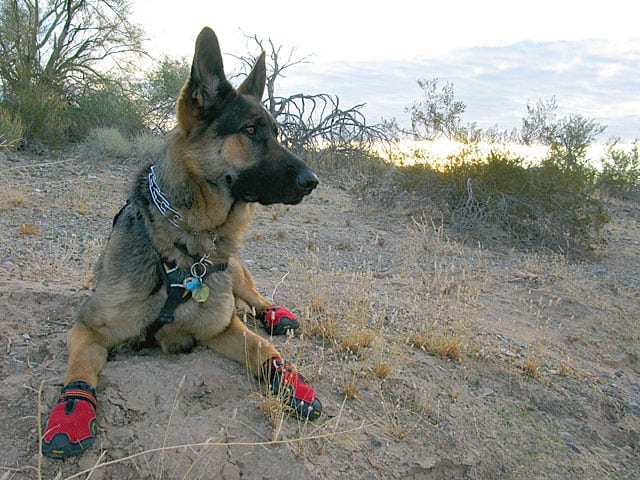 Lizards, birds, even these things called “javalenas” which are supposed to be even meaner than me!

One day, I was walking around this thing called a flea market…can somepawdy please tell me how fleas get to have their own store? 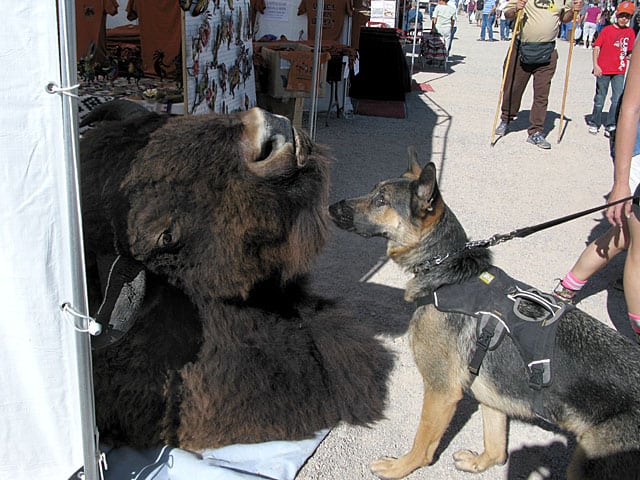 So like the fleas had this one store, and look at what was there!

He was a silent type. Didn’t say much, and didn’t even care when I came around to sniff him.